Osen LLC (together with Turner & Associates, P.A. and Motley Rice LLC) represents more than 110 families of Americans who were victims of Iranian-supported terrorism in Iraq between 2007 and 2011. The cases, captioned Hake v. Bank Markazi, Brooks v. Bank Markazi, Field v. Bank Markazi, and Wise v. Bank Markazi, were filed in federal district court in Washington, D.C. The defendants, Bank Markazi (“Central Bank of Iran” or “CBI”), Bank Melli Iran, and the state owned and operated National Iranian Oil Company (“NIOC”) are all instrumentalities of Iran. The Complaints detail the defendants’ alleged involvement in a conspiracy directing millions of U.S. dollars in arms, equipment and materiel to Hezbollah, the IRGC and the IRGC-QF.

The Complaints are brought under the Terrorism Exception of the Foreign Sovereign Immunities Act (FSIA), which is the mechanism used to sue State Sponsors of Terrorism like Iran. To be eligible to bring a lawsuit against a State Sponsor of Terrorism or one of its agencies and instrumentalities, a plaintiff must be claiming money damages for personal injuries or death caused by (1) an act of torture, (2) extrajudicial killing (or attempted extrajudicial killing), (3) aircraft sabotage, (4) hostage taking, or (5) the provision of material support or resources for one of those four acts. Federal judges have consistently awarded monetary damages to terror victims under the FSIA’s Terrorism Exception for deaths and injuries caused by, for example, the Libyan bombing of an airliner over Scotland, Iranian kidnappings, and Iranian material support to Palestinian terrorist groups.

Plaintiffs moved for a default judgment in the Hake case in January 2021. The District Court has not yet ruled on Plaintiffs’ motion.

Because the Fund has limited resources and there are many terrorism victims harmed by state sponsored terrorism who have (or will obtain) final judgments against them, it is unlikely that any claimant will receive the full amount of their judgments, but the Fund offers the possibility of some compensation and is often worth pursuing. 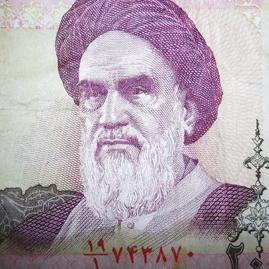 “'A burden off my chest': Wife of soldier killed in Iraq recounts finding out about Soleimani death”
Terms of Use Legal Notice Privacy Policy
OSEN LLC Offices: New Jersey Office New York City Office
This Website is maintained by OSEN LLC
in Hackensack, NJ.
Copyright © 2023 by OSEN LLC. All Rights Reserved.
Follow Us: