Osen LLC obtained a $10,050,000 judgment on behalf of members of the Schertzman and Miller families, Americans injured during an Iranian-sponsored terrorist attack perpetrated by the U.S.-designated Foreign Terrorist Organization Palestinian Islamic Jihad (PIJ).

The case, captioned Schertzman, et al. v. Iran and the Islamic Revolutionary Guard Corps, alleges that Iran has provided longstanding, substantial financial and logistical support to PIJ to commit terrorist acts in Israel. The Complaint further alleges that PIJ has perpetrated numerous terror attacks against Israeli targets, including the November 4, 2001 shooting attack on Egged Bus #25, which directly injured one member of the Schertzman family and three members of the Miller family. Their family members were also Plaintiffs in the case.

In support of Plaintiffs’ motion for default judgment, a trial was held in June 2019 in which Plaintiffs testified about the attack and the injuries that they sustained. They also proffered expert testimony that PIJ had committed the attack and that Iran and the IRGC provided substantial material support to PIJ during the relevant time period.

The Complaint was brought under the Terrorism Exception of the Foreign Sovereign Immunities Act (FSIA), which is the legal basis for asserting jurisdiction over foreign states that are designated as State Sponsors of Terrorism. To be eligible to bring a lawsuit against one of the countries on the list, a plaintiff must be seeking money damages for personal injuries or death caused by (1) an act of torture, (2) extrajudicial killing or attempted extrajudicial killing, (3) aircraft sabotage, (4) hostage taking, or (5) the provision of material support or resources for one of those four acts.

In its July 11, 2019 Order, the Court ruled that “there is little controversy over whether the PIJ is responsible for the November 4, 2001, attack. The evidence is straightforward.” The Court further found that “Iran and the IRGC provided material support to the PIJ in the period leading up to the incident.”

As a result, the Court determined that Defendants were liable to the four Plaintiffs on the bus for direct-injury damages, and to their six family members who were not on the bus for solatium damages. 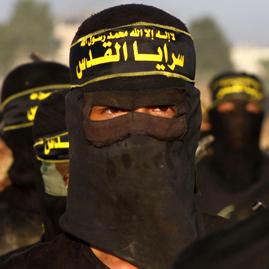