On March 16, 2012, Osen LLC’s legal team won a precedent-setting victory in the German High Court (Bundesgerichtshof) when Peter Sachs was declared – once-and-for-all – to be the legal owner of his father’s stolen poster collection. In a landmark case that was litigated for more than five years, the High Court’s ruling restored ownership of one of the largest and most famous poster collections in the world (more than 4,300 vintage posters) to Peter Sachs, the American son of Hans Sachs, the Jewish poster collector whose life’s work was stolen by the Gestapo in 1938.

In 2005, Peter Sachs began investigating the whereabouts of his father’s long-lost collection through the internet and located references to the German Historical Museum’s collection of Sachs posters. He then retained Osen LLC to help him regain his father’s collection.

After failed efforts to reach an amicable resolution, in March 2008, Peter Sachs filed a lawsuit in the civil court (Landgericht) in Berlin, seeking the return of a poster originally owned by his father from the German Historical Museum in Berlin. In January 2009, the Landgericht Berlin (district court) ruled that Peter Sachs was the legal owner of his father’s collection and awarded him the poster he had been seeking and – by extension – the right to seek return of his entire poster collection.  The German Historical Museum filed an appeal with the Kammergericht (Appellate Court), and in January 2010 that court ruled that while Peter Sachs remained the legal owner of the collection, German law could not empower him to force the German Historical Museum to relinquish the collection. The Court took the additional step of denying Peter Sachs automatic leave to appeal its decision to the Bundesgerichtshof (German High Court). 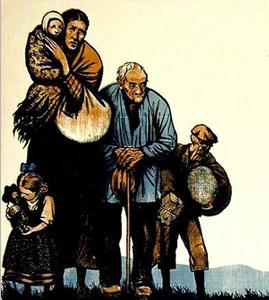