For more than fifteen years Osen LLC pursued justice for the Hirschmann shareholders of the Deutsche Kabelwerke AG. Despite years of research on the part of the Firm and thousands of pages of documentation, as well as favorable findings by the Berlin Restitution Authority, the German Finance Ministry altogether refused to compensate the surviving heirs of the former Jewish shareholders of the company for the shares they lost due to Nazi persecution. Instead, the German government forced them to wage a long and expensive legal battle to obtain the compensation they deserved.

The first decision by the Administrative Court in Berlin sided entirely with the German government, but Osen LLC and its determined Berlin co-counsel refused to accept defeat. The initial judgment was vacated by the Federal Administrative Court (German High Court) because the honorary judge who presided at the initial oral argument slept through parts of the hearing. The case was remanded to the same court, which again ruled in favor of the German government. Again, Osen LLC and its clients appealed.

In a landmark decision (BVerwG 5 C 33/07), the German High Court on July 17, 2009, agreed with the Hirschmann plaintiffs that shares sold under duress during the National Socialist (Nazi) period have to be compensated according to the corporation’s value and the shareholders’ proportional interest in the company at the time the shares were stolen. The High Court effectively rejected the previous compensation practice of the Restitution Authorities, which based their calculations of compensation on the share price obtained by Nazi persecutees rather than the actual value of the companies in which the shareholders held stock. The practical effect of the ruling is that, starting immediately, other Nazi victims who held shares in pre-war German companies may expect to receive compensation based on actual valuations - often 10 to 20 times higher rates of return than those previously awarded by the German Restitution Authorities.

The Deutsche Kabelwerke (German Cable works) was founded in Berlin by Siegfried Hirschmann in 1890. Shortly thereafter his brother, Bernhard Hirschmann, joined the company. In 1896 the company went public and began to create substantial subsidiaries such as DEKA-Pneumant GmbH located in Fuerstenwalde, which was launched in 1906.

The company prospered, growing into a prominent, publicly-traded corporation, expanding its operations through most of the first three decades of the 20th century. Because the Hirschmann brothers were Jewish, once the Nazis seized power in Germany in 1933, they were arrested by the Gestapo. Soon thereafter, both Siegfried and Bernhard Hirschmann were stripped of their positions on the board of directors of the company, and in December 1935 the Dresdner Bank facilitated the “Aryanization” of the company and sold the last preferred stock package of Deutsche Kabelwerke to a competing firm known as Rheydt.

The intimidation and coercion reflected in the arrests and forced emigration of the Hirschmanns was not even mentioned in a report from the Berlin Stock Exchange dated December 17, 1935: "It is known that the Dresdner Bank had come into ownership of the majority of stock of the firm Deutsche Kabelwerke several years ago. Up to that time the shares belonged to the company's personnel but after certain business re-organization steps, they withdrew from the company." A post-war report regarding the opening balance and the year end accounts for the firm in 1946 clearly indicated that, until the Nazi-induced transfer of shares in 1935, the Hirschmann brothers held the majority of shares in the firm Deutsche Kabelwerke AG. Ironically, in 1945, the Soviet Military government confiscated the former East German holdings of Deutsche Kabelwerke (then owned by Rheydt), and the company was reorganized again as VEB Reifenwerke, which then became the Pneumant GmbH in 1990.

In the 1960s, the Hirschmanns sued the Dresdner Bank and received a payment of 125,000 DM, a mere fraction of what their pre-war value in the company was worth. It took another 40 years for the family to obtain a measure of justice, but neither they nor their lawyers ever gave up. 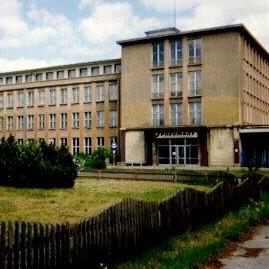