Not far from the famous bridge that brought Natan Sharansky and other prisoners of the communist bloc to freedom in the West stands the former 200-acre estate of the Sabersky family in Teltow known as “Gut Seehof.” Described in The Wall Street Journal as “a neighborhood of cobblestone streets, two large villas and several hundred single-family homes . . . the property has become an indistinguishable part of Teltow, a Berlin suburb that is now a focal point for development.” It was parcelized and sold off during the 1930s under the direction of a local Nazi who acted as real estate agent for the sales.

The restitution battle for “Gut Seehof” received widespread coverage in the German press as well as The Wall Street Journal and The New York Times. The case was originally reviewed by the Restitution Authority in Potsdam, which ruled against the Sabersky heirs. A lower court in Potsdam upheld this decision, but after a series of appeals, the German High Court reversed the lower court and remanded the case to Potsdam for additional factual findings.

After a nearly fourteen year court battle, culminating in a November 26, 2003, German High Court ruling in favor of the Sabersky family, Osen LLC and the Sabersky family finally reached an agreement with the German government on October 27, 2004, which effectively settled all outstanding claims relating to properties forcibly sold by the family prior to September 1935 and cleared the way for the eventual return of over 700 parcels of land.

The case has not only generated plentiful legal debate and public controversy, but has also evoked larger moral and historical questions. As The Wall Street Journal has noted: “The land dispute has a dark undertone. Swastikas have appeared from time to time in the neighborhood, though residents have dismissed them as the work of drunken teenagers . . .” The New York Times likewise observed that “somewhere between the overgrown tracks and the graffiti, a big issue is lurking that might be phrased like this: is there a statute of limitations on justice?” 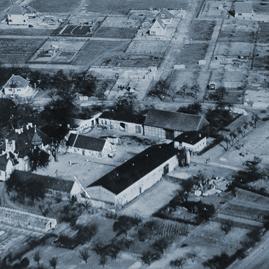