Osen LLC (together with co-counsel) represents 20 families who were victims of terrorist attacks committed by the Palestinian Foreign Terrorist Organization (“FTO”) known as Hamas. The Complaint in Honickman v. BLOM Bank Sal alleges that BLOM Bank, a Lebanese bank headquartered in Beirut, aided and abetted Hamas by knowingly providing financial services to Hamas.

The Complaint alleges that BLOM Bank knowingly maintained accounts and facilitated payments for prominent Hamas organizations such as Sanabil Association for Relief and Development and the Union of Good and that it “understood the value and importance to Hamas of its own role in facilitating large transfers of funds, including the cross-border transfer of U.S. dollars, from donors and co-conspirators around the world to Lebanon and making those funds easily available to Hamas.” Complaint, ¶ 491.

SANABIL ASSOCIATION FOR RELIEF AND DEVELOPMENT

According to the U.S. government, the Sanabil Association for Relief and Development (Sanabil), based in Sidon, Lebanon, received large quantities of funds raised by major Hamas-affiliated charities in Europe and the Middle East and, in turn, provided funding to Hamas.

The U.S. Treasury Department designated Sanabil a Specially Designated Global Terrorist (“SDGT”) in August 2003 for its ties to Hamas, noting in its press release announcing the designation:

At the request of a HAMAS political leader, Sanabil began opening offices in all of the Palestinian refugee camps in Lebanon in August of 2001 in order to increase the foundation’s role inside the camps.

THE UNION OF GOOD

According to the U.S. government, the Union of Good is an umbrella “charitable” organization that constitutes a principal fundraising mechanism for Hamas. Established in 2000 almost immediately after the outbreak of the Second Intifada, the Union of Good was conceived of by Sheikh Yousef al-Qaradawi, an Egyptian-born Muslim Brotherhood leader who publicly sanctioned suicide bombings against Israeli citizens through a series of “fatwas” he issued in 2001. Sheikh Qaradawi is the Union of Good’s current leader and chairman. The Union of Good was declared an “unlawful organization” in 2002 by the Israeli government because of its ties to Hamas.

The U.S. Treasury Department designated the Union of Good an SDGT on November 12, 2008 for its ties to Hamas, noting in its press release announcing the designation:

On January 14, 2020, the District Court granted Defendant’s motion to dismiss the Complaint, concluding that “Plaintiffs’ complaint does not sufficiently allege the general awareness or substantial assistance elements necessary to plead JASTA aiding-and-abetting liability.” (Decision at 2.) The District Court elaborated that “it is not enough for Plaintiffs to ‘plausibly allege that BLOM was “generally aware of its [role]” in “terrorist activities,” from which terrorist attacks were a natural and foreseeable consequence.’” (Decision at 18.)

Briefing on the appeal was complete on September 4, 2020, and oral argument was held before the Second Circuit Court of Appeals on December 10, 2020.

The district court, however, rejected the foreseeability principle, holding that “it is not enough for Plaintiffs to plausibly allege that BLOM [Bank] was generally aware of [its] role in terrorist activities, from which terrorist attacks were a natural and foreseeable consequence.” Honickman, 432 F. Supp. 3d at 264 (first and third alterations in original) (emphasis, internal quotation marks, and citation omitted). The court’s conclusion contravenes both Halberstam and Linde v. Arab Bank, PLC, 882 F.3d 314 (2d Cir. 2018), one of the first cases in which we interpreted aiding-and-abetting liability under JASTA… Here, the district court misread this passage from Linde to conclude that applying the Halberstam foreseeability standard to the “general awareness” element would contravene Linde by “replacing the scienter for aiding-and-abetting liability with the lower scienter required for [criminal] material support.” Honickman, 432 F. Supp. 3d at 264. The court erred in equating the foreseeability standard and the scienter required for criminal material support; the two are distinct. In doing so, the court also implicitly perceived Linde as requiring more than the Halberstam standard for general awareness, which we rejected in Kaplan. “Nothing in Linde repudiates the Halberstam standard that a defendant may be liable for aiding and abetting an act of terrorism if it was generally aware of its role in an ‘overall illegal activity’ from which an ‘act of international terrorism’ was a foreseeable risk.” Kaplan, 999 F.3d at 860. Nor could it, of course, given Congress’s unambiguous assignment of Halberstam as the appropriate legal framework for JASTA aiding-and-abetting liability.

Because Plaintiffs believed that they failed to satisfy a pleading standard that had not been fully enunciated when they filed their complaint, in August 2021, they asked the District Court to vacate the judgment and grant leave amend their complaint to meet the JASTA standard subsequently enunciated in the Second Circuit’s decisions in this case and in Kaplan v. Lebanese Canadian Bank, Sal.

The district court denied the motion to vacate, and the Plaintiffs have appealed the decision. 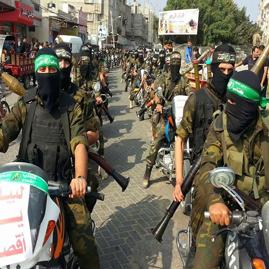