Osen LLC (together with co-counsel) represents more than 20 families who were victims of terrorist attacks committed by Palestinian terrorist organizations, including Hamas, Palestinian Islamic Jihad (PIJ), Popular Front for the Liberation of Palestine (PFLP), and Al Aqsa Martyrs Brigades (AAMB).

The Amended Complaint in Spetner v. Palestine Investment Bank alleges that Palestine Investment Bank (“PIB”), a Palestinian bank headquartered in Ramallah, knowingly aided and abetted the Government of Iraq from 2001 through 2003 (led at the time by Saddam Hussein) in providing reward payments to the families of Palestinian terrorists who died in the course of terrorist attacks that killed and injured hundreds of civilians, including American citizens.

The payments, made by the Iraqi proxy group known as the Arab Liberation Front (“ALF”), began at the substantial sum of $10,000 per suicide attack, but soon increased to $15,000 and eventually $25,000 per suicide attack. These large payments—which were particularly substantial considering the per capita income of families living in the Palestinian Territories—were meant to incentivize the most brutal terror attacks. As the White House noted at the time, “[t]he rules for rewarding suicide/homicide bombers are strict and insist that only someone who blows himself up with a belt of explosives gets the full payment.”

The Amended Complaint alleges that PIB was aware of its central role in providing millions of dollars to Hamas, PIJ, PFLP and AAMB by maintaining U.S. dollar-denominated accounts for the ALF and its leader, Rakad Salem. The Amended Complaint further alleges that with PIB’s assistance, Saddam Hussein’s regime and the ALF established a program to richly reward the families of Palestinian suicide bombers and suicide shooters.

The Amended Complaint further alleges that PIB “understood the value and importance to designated FTOs, Saddam’s regime in Iraq and Palestinian terrorists and their families of the bank’s role in facilitating large transfers of U.S. dollars to the Palestinian Territories from Iraq and providing a mechanism to make those funds available to the families of deceased terrorists who committed acts of terrorism.” Amended Complaint, ¶ 642.

For example, the Amended Complaint alleges that PIB processed payments of $15,000 each to the families of Nabil Halabiya and Osama Bahar, two Hamas suicide bombers who blew themselves up in a pedestrian mall in Jerusalem as part of a coordinated double suicide bombing on December 1, 2001. Amended Complaint, ¶ 522.

The payments Hussein’s regime made were hardly secret. For example, one of the leading Palestinian daily newspapers, Al Hayat al-Jadida, reported on August 15, 2001, on the benefit increase to the families of suicide terrorists from $10,000 to $15,000. Amended Complaint, ¶ 501. Likewise, the Iraqi payments were widely covered in the American media. For example, on July 10, 2002, The New York Times reported that Iraq sent large cash payments to Palestinian suicide bombers. Amended Complaint, ¶ 517.

On October 16, 2020, the District Court granted PIB’s motion to dismiss the Amended Complaint on jurisdictional grounds, finding that personal jurisdiction was lacking because “PIB is not alleged to have transacted business in New York in person or through an agent.” (Decision at 40.)

On November 13, 2020, Plaintiffs filed a notice of appeal. Briefing on the appeal was complete on June 21, 2021. Plaintiffs argued in their brief that their “allegations—supported by PIB’s own admissions—show that PIB engaged in ‘purposeful availment of New York’s dependable and transparent banking system, the dollar as a stable and fungible currency, and the predictable jurisdictional and commercial law of New York and the United States.’ [citing Licci v. Lebanese Canadian Bank, SAL, 20 N.Y.3d 327, 339 (2012)]. Because Plaintiffs’ claims arise from the relevant transfers, the district court had personal jurisdiction over PIB.”

Oral argument was held before the Second Circuit Court of Appeals on February 25, 2022. 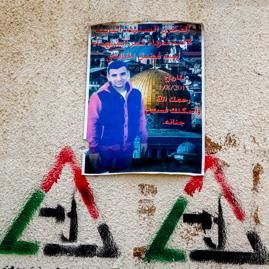