Osen LLC (together with co-counsel) represents more than 350 families of Americans who were victims of terrorist attacks in Iraq between 2004 and 2011. In fact, more than 1,000 U.S. service members were killed or injured by Hezbollah-designed and Iranian-manufactured Explosively Formed Penetrators (EFPs) and Improvised Rocket-Assisted Munitions (IRAMs).

Bartlett is the only lawsuit of its kind, brought on behalf of Gold Star families, and wounded veterans and American military contractors and their families, seeking to hold certain Lebanese banks accountable for their alleged illegal dealings with Hezbollah.

On November 25, 2020, the District Court denied all Defendants’ motions to dismiss Plaintiffs’ aiding and abetting and conspiracy claims under the Justice Against Sponsors of Terrorism Act.

The Defendants filed renewed motions to dismiss following the Second Circuit’s decision in Kaplan v. Lebanese Canadian Bank in 2021, but the District Court denied those motions on June 17, 2022.

The case is currently in discovery. 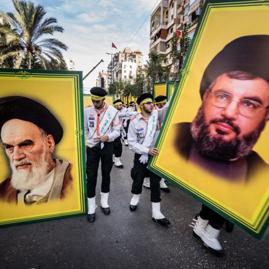